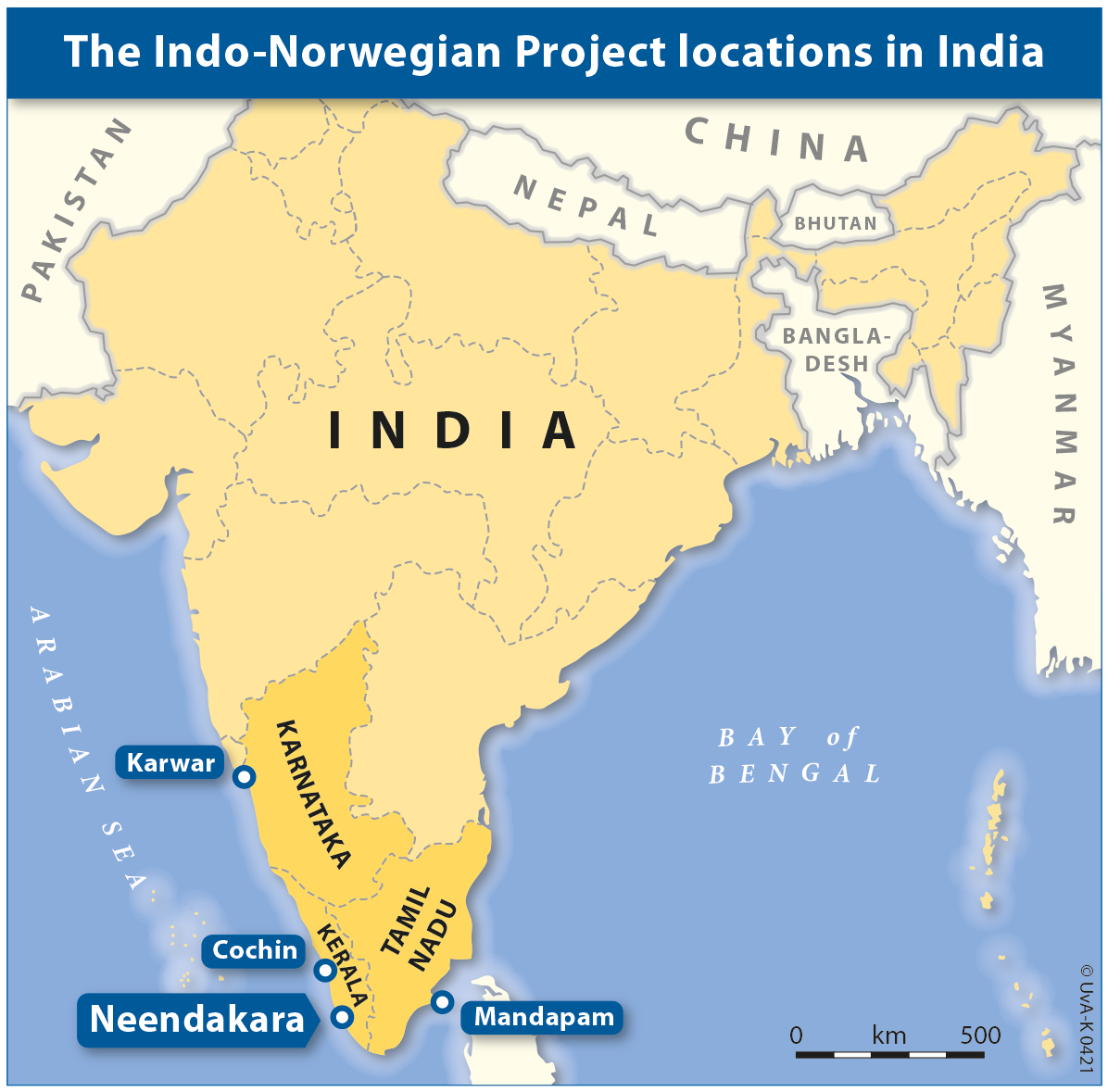 The Indo-Norwegian Project locations in India (Map by UvA Kaartenmakers)

The Indo-Norwegian Project commenced in a remote, rural location along the southeast coast of India, in what is now known as the port of Neendakara. There was no port there at the time, however – only a few simple villages occupied by Hindu and Muslim fishers. For the first decade, the project aimed mainly to improve the lives of the people in these villages.

From 1963 onward, however, it shifted its operations to harbour locations in three Indian states: Kerala (Cochin), Karnataka (Karwar) and Tamil Nadu (Mandapam). This map displays the location of the original site and the three later sites.