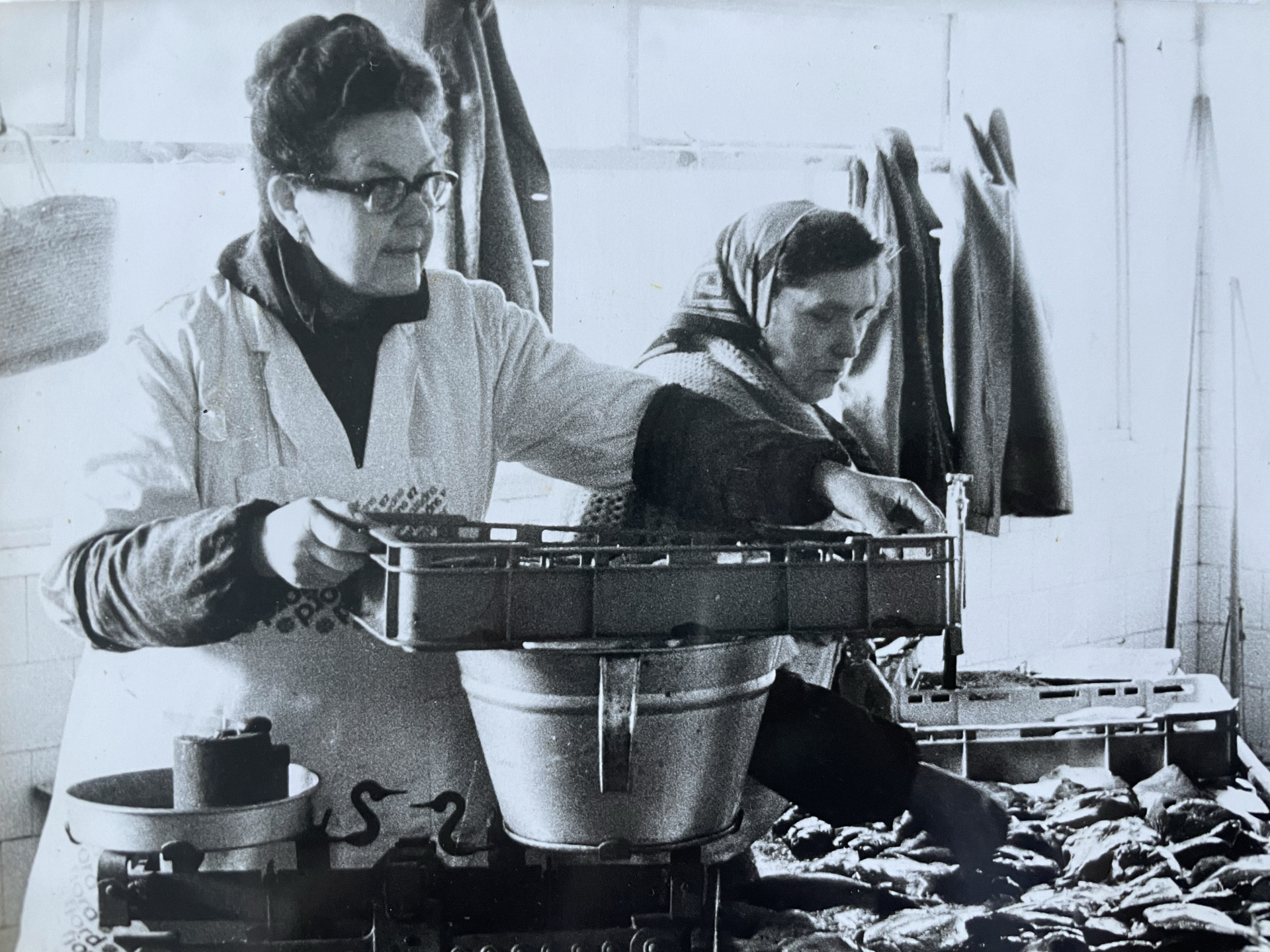 ‘My nono (grandpa) has made his living mostly by fishing, and later my nona (grandma) joined him. She was selling fish at the Koper market. My great aunt was also selling fish and spent her working years as a fish seller at the Koper market. They were working together. They would be selling the fish caught by their husbands, that is to say, by my nono and his cousin, but also by other fishermen. They were basically some kind of middlewomen, taking the fish from fishermen and selling it.’