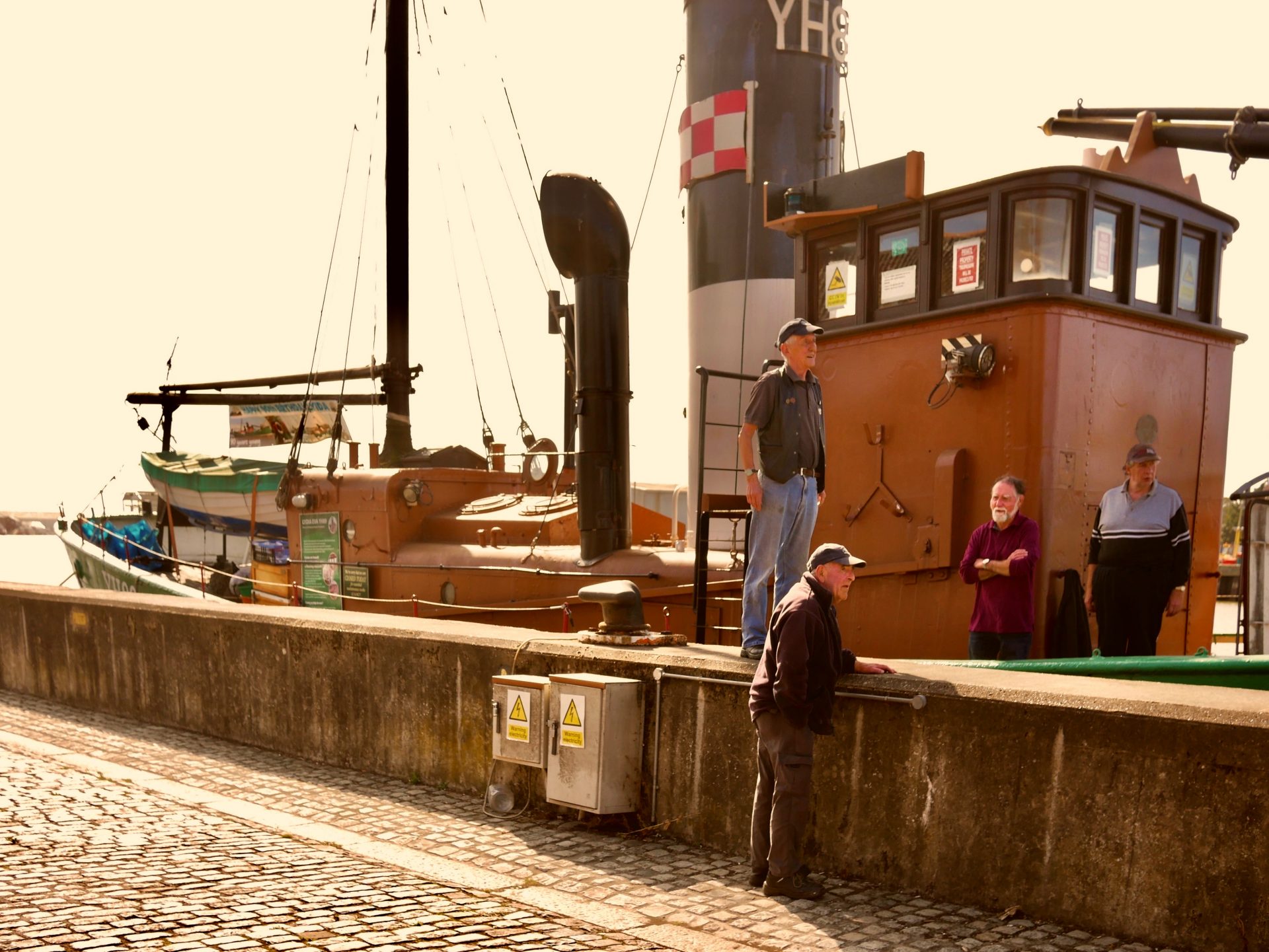 Paul Witton was born in 1944 in Diss, a market town in South Norfolk. When he was around four years old, he moved with his family to Felixstowe, a coastal town on the east coast of England, where he grew up. He describes himself as someone who has always been fascinated by the sea and who, as a boy, used to ‘wander about on the beach’ and ‘watch the guys fishing’. He soon started to sit on the beach with the fishermen and help them mend their nets, for which he occasionally received small amounts of money.

When he was ten years old, his father said, ‘You’re ten years old now, you better start getting yourself a job. If you don’t, I’ll get one for you’. However, he did not just want any job; he wanted to do something interesting. He decided to draw on the learning he had done with the fishers on the beach and managed to get himself a small pram dinghy and a couple of lobster pots, which he would leave out in the sea before going to school in the morning and picked up again in the evening after school. The money from lobster sales was his first regular income. After that, as a reward for his hard work, he received a rowing boat as a gift from one of the fishermen who retired in Felixstowe, with which he carried on fishing with lobster pots. He then gradually moved on to fish with lines in larger inshore boats with the other fishers, until one of them suggested that they go to Lowestoft to go out on the trawlers. ‘Which I did at 15,’ Paul explained, after attending the navigation school in Lowestoft. ‘And that’s basically how I started’.

He learned more about ‘navigation, knots and ropes, mending and even cooking’, and continued to work on the trawlers for three years. ‘It was a tough life’, from which he remembers being at sea for 14 to 16 days with only two days in the port in between. After three years, he left fishing. It was the 1960s: the industry was declining, and trawling was not providing him with enough income. However, all his subsequent occupations remained sea-related. Paul describes his connection to the sea as ‘[it] just gets into your blood; you don’t really want to do anything else’. His first job after fishing was as a deck crew in the merchant navy. It offered him an easier but more tedious life with not much to do offshore, although he enjoyed travelling around the world and the time spent in different ports. After five to six years in the merchant navy, he moved to the oil industry and became a commercial diver with 18 years working in Nigeria, 15 of which as manager.

Paul returned to the UK six years ago, and settled in Belton, a village just outside Great Yarmouth, where he lived with his wife before having moved to Nigeria. At 77 years old, he is now retired but maintains his close relationship with the sea and fishing – an occupation that, although held only briefly in his working life, he considers to be ‘what got Yarmouth on its feet’ and something to be celebrated and remembered. Once retired, he joined the Lydia Eva & Mincarlo Charitable Trust, which aims at promoting public understanding of the history of fish and fishers in the region. Paul is currently the manager of one of the vessels held by the trust – the last surviving steam-powered herring drifter Lydia Eva in Great Yarmouth, now a floating maritime museum.