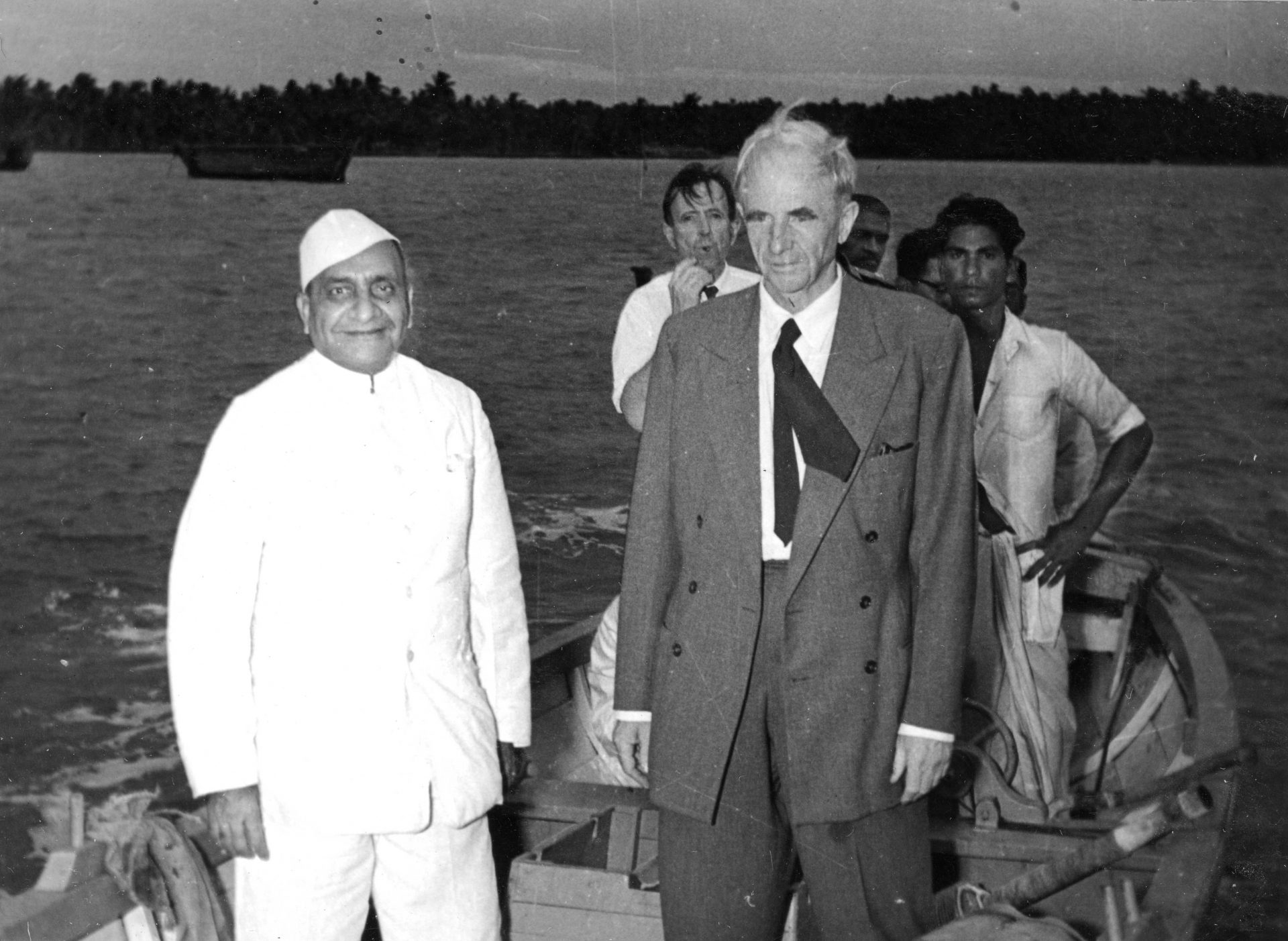 In 1952, the Ministry of Foreign Affairs engaged Diderich Hegermann Lund (to the right in the picture) as the first project leader of the INP. Lund was an engineer and entrepreneur and known to be a pacifist and a great admirer of Gandhi. During WWII, he was employed by the Norwegian government in exile in London for planning the post-war recovery of Norwegian industry. After the war, Lund became the head of the reconstruction programme in the war-damaged region of Finnmark and north of Troms before he headed for India.

Lund held the position as manager for the INP until 1957 and was then replaced by Gerhard Meidell Gerhardsen, a professor in fishery economics. Dr Panjabrao Shamrao Deshmukh (to the left) became the first Indian Minister of Agriculture in 1952 in the government of Nehru. Deshmukh, who had a background as a political activist, was educated as a barrister at Cambridge University. The picture is showing the men in one of the open boats of INP.