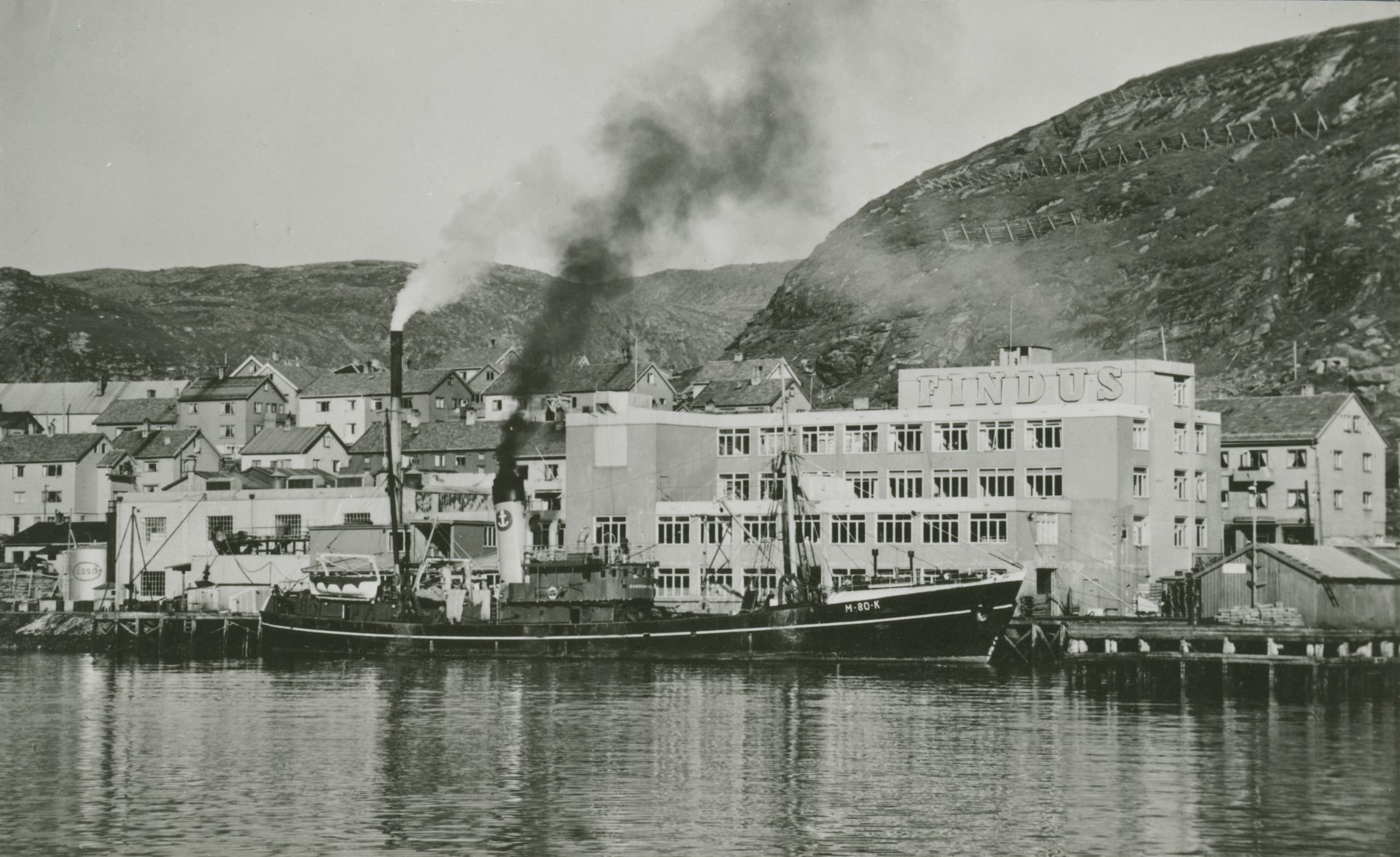 The modernisation and industrialisation of the fisheries were one of the main objectives for the Norwegian government after the Second World War, and several fish processing plants were established to replace the stockfish production. However, there was a challenge for the fleet of inshore and mid-shore vessels to provide sufficient amounts of raw fish to the fillet production during the whole year. The picture shows the company Findus in the city of Hammerfest and the steam trawler ‘Honningsvåg’ in 1955.

The recovery of the town after the war was almost completed at this time. The Findus plant was owned by the chocolate producer Freia from the capital Oslo, and was based on trawl fishing from the very beginning. Findus also received permission to own their trawlers, because the government granted the company exceptions from the restrictive ownership and trawling regulations, which were originally meant to protect the small-scale structure in the fisheries. At the beginning of the 1960s, Findus was sold to the Swiss multinational company Nestlé, which was a very controversial political decision.