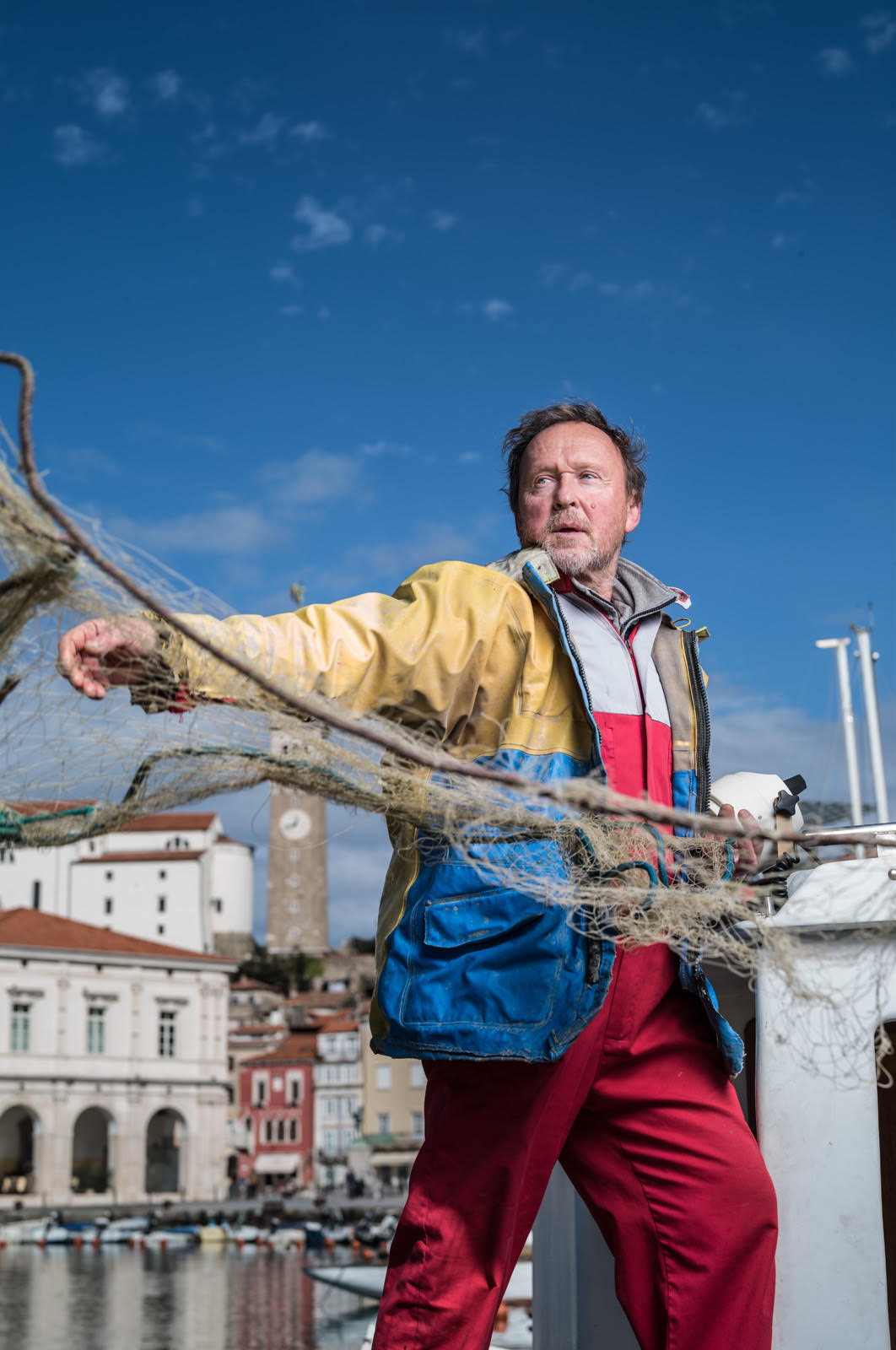 Dušan Kmetec was born in 1953 in Maribor. In 1957, he came to Seča, a seaside village on the Slovenian coast. His family opened a restaurant, Ribič, and bought a motorboat, which they used to go and buy fish in Savudrija (Croatia) and to transport guests from Portorož to Seča. Near the restaurant, there was a fishing co-operative. Dušan spent much time with fishers, who spoke mostly Italian. This was where he first learned fishing skills and tasted local fish.

Dušan stressed that it was more difficult for his parents to adapt to local fish dishes than it was for him to adjust to this new environment. In 1960, his parents sold the restaurant and moved to Piran. His mother opened a bar in Piran called Bufet Marica. Dušan spent much time in Piran’s port, observing and talking to fishers. He had learned some basic Italian in Seča and could communicate with Italian-speaking fishers. Some of the fishers were customers at his mother’s bar, and soon they took Dušan, aged eleven, to sea. He learned about different small-scale fishing techniques, nets, fish species and weather patterns. For his secondary school education, he went to Ljubljana. After finishing school, he came back to Piran. He noticed that older Italian fishers had left and some new ones from Dalmatia and continental Slovenia had come. He bought his first boat, batelin, for sport fishing. At that time, he was working as an insurance agent. In 1978, he passed his fishing exam and bought a bigger boat, pasara. In 1982, he left his insurance job and began fishing as his main occupation. When Dušan started to work as a professional fisherman, there were 30 small-scale fishers in Piran. When he started to fish professionally, he began to sell all his catch at the fish market in Piran. Later on, he sold fish to a bigger fish market in Koper or to restaurants. He supports the idea of sustainable fishing, which he associates with passive technology, small boats, and the use of different nets. The best season for this kind of fishing, he says, is autumn, when he earns the most and works up to 12 hours a day. From September to December, he fishes for gilthead sea breams, seabasses, and common soles. From January to March, he fishes for anchovies, cuttlefish, congers and picarels. In winter, he participates in traditional fishing for mullets. April and May are good for brodet, a fish soup, he says. Then he fishes scorpionfish, piper gurnards and crabs, sometimes anchovies. June is good for pandoras. From June until autumn, he fishes for octopuses and mantis shrimps with fish-baskets called vrša. In July, he fishes for small sharks. He also dives for seashells. Today he has fishing two boats. A few years ago, he received funding from the EU Fishery Fund (the only Slovene small-scale fisher who received funds in 2013) and transformed his pasara boat for fishing tourism. He is sure that visitors are also interested in the everyday life of Piran, not just in Piran’s ‘façade’.